The amount of electrolyte in the battery is reduced due to the escape of water due to the oxygen recombination efficiency lower than 100% and the evaporation of water, which leads to a significant decline in the discharge performance of generating set battery. The results show that when the water loss reaches 3.5ml / (a.h), the discharge capacity will be lower than 75% of the rated capacity; When the water loss reaches 25%, the battery will fail.

It is found that most of the reasons for the capacity decline of valve regulated lead-acid batteries are caused by battery water loss.

Once the battery loses water, the positive and negative plates of the battery will be out of contact with the diaphragm or the acid supply will be insufficient, resulting in the battery unable to discharge electricity because the active substances cannot participate in the electrochemical reaction. 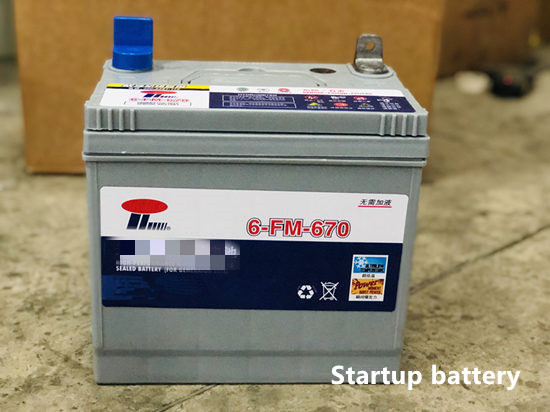 ①The gas recombination is not complete. Under normal conditions, the gas recombination efficiency of valve regulated sealed lead-acid battery can not reach 100%, usually only 97% ~ 98%, that is, about 2% ~ 3% of the oxygen generated at the positive electrode can not be absorbed by its negative electrode and escapes from the battery. Oxygen is formed by decomposing water during charging, and the escape of oxygen is equivalent to the escape of water in electrolyte. Although 2% ~ 3% oxygen is not much, long-term accumulation will cause serious water loss of the battery.

⑥ The battery is not tightly sealed, which makes the water and gas in the battery easy to escape, resulting in water loss of the battery.

⑧ Too high ambient temperature will cause water evaporation. When the water vapor pressure reaches the valve opening pressure of the safety valve, the water will escape through the safety valve. Therefore, the valve regulated sealed lead-acid battery has high requirements for the working environment temperature, which should be controlled within the range of (20 ± 5) ℃.

Water loss phenomenon after water loss of valve regulated sealed lead-acid battery, due to its sealing and poor electrolyte structure, the water loss can not be directly observed with the naked eye like acid and explosion-proof lead-acid battery (the container is transparent).

③The phenomenon of battery discharge is basically the same as that of vulcanization, that is, the capacity and terminal voltage decrease. This is because after water loss, some plates can not effectively contact with the electrolyte, which will lose part of the capacity and reduce the discharge voltage.

④During charging, the first stage of charging ends quickly because the battery loses some capacity after water loss, that is, the battery cannot be charged.

It can be seen that the phenomenon of battery after water loss is basically the same as that of vulcanization. In fact, there is a connection between the two faults, that is, vulcanization will accelerate the loss of water, and the loss of water must be accompanied by vulcanization. Under normal circumstances, as long as the maintenance is carried out in accordance with the regulations at ordinary times, the possibility of vulcanization failure is small, but the water will be gradually reduced after long-term normal operation. Therefore, once the capacity decreases and the battery cannot be charged, it can basically be judged that the battery has water loss failure.

Next 10 Pitfalls of Buying a Small Diesel Generator Set