What Will Happen If 300KVA Genset Operate at Low Load

The generator running under low load will cause some problems, such as low burn, carbon deposit, etc. The crew often encounters this problem, that is, they fail to follow the application and operation guidelines. At 60%-75% of the maximum rated load, the reasonable range of diesel generator operation is 60-75%. The unit uses an endothermic engine, the purpose of which is to use 30-100% of the maximum power as much as possible. 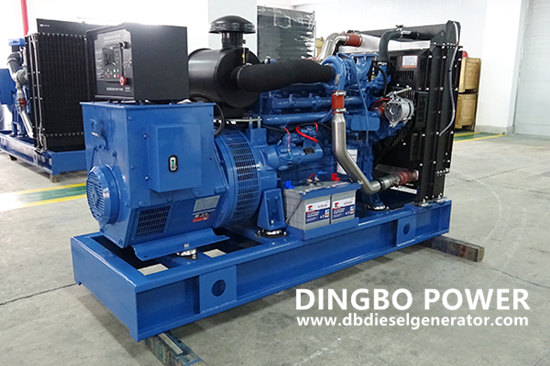 Improper combustion will form soot and residue and block the piston ring. The other is carbonization and hardening, causing the injector to be blocked by soot, causing the combustion to become worse and black smoke. Condensate and combustion by-products usually evaporate at high temperatures, forming acids in the engine oil, which only complicates the problem. There is no doubt that this will cause slow but very harmful wear on the bearing surface.

The maximum normal fuel consumption of an engine is about half of the fuel consumption at full load. In order to fully burn the fuel, all diesel engines must be operated at a load exceeding 40% to make the engine run at a suitable cylinder temperature.

The engine relies on a large enough cylinder pressure to force the piston ring to be tightly sealed in each cylinder to resist the oil film on the hole wall.

This harmful cycle can cause irreversible damage to the engine, and may cause the engine to fail to start or/or reach maximum power when needed. Once carbon deposits occur, the only way to disassemble the engine, then boring the cylinder bores, process new honing marks, and remove, clean and eliminate the combustion chamber, injector nozzles and carbon deposits. As a result, this usually leads to higher fuel consumption, which in turn produces more carbonized oil or sludge.

When the generator is running under low load, due to the lower temperature, the hydrocarbon emits more waste gas and produces white smoke (because the fuel can only be partially burned at this temperature). When the diesel engine cannot burn normally due to insufficient heat in the combustion chamber, it will produce white smoke, which also contains a small amount of harmful toxins, or when water leaks into the air intercooler, it will also produce white smoke. The latter condition is usually due to a blown cylinder head gasket and/or a cracked cylinder head. As a result, because the piston rings, pistons, and cylinders cannot fully expand, the percentage of unburned fuel in the oil increases, which increases the percentage of unburned fuel in the oil, causing the oil to rise and then discharge through the exhaust valve.

In addition, when the unit is used under a load lower than 30% of the maximum power, the possible problems are:

The turbocharger is excessively worn.

Oil leaking from the turbocharger casing.

The surface of the cylinder liner is hardened.

The exhaust gas treatment system (ATS) is not efficient, which may lead to forced recycling of DPF.

Guangxi Dingbo Power Equipment Manufacturing Co., Ltd. insists on strictly controlling the safety of product development and quality monitoring with a responsible professional attitude. Through the establishment of strategic partnerships with well-known diesel engine manufacturers at home and abroad, such as Cummins, Volvo generator, Perkins, Yuchai, Shanghai Diesel, Weichai, etc., to integrate with the world's excellent operating standards and production efficiency, and create a series of high-quality diesel power generation unit. Dingbo Power factory can supply 20kw to 3000kw generator set, if you have purchasing plan, welcome to contact us by email dingbo@dieselgeneratortech.com, we will work with you.

Previous Do We Need to Have a Diesel Generator Set