Why Can Diesel Generator Sets Be Widely Used

1. There are many levels of stand-alone capacity.

2. The supporting equipment has a compact structure and flexible installation location.

The supporting equipment of the diesel generator set is relatively simple, with less auxiliary equipment, small in size and light in weight. Compared with the need to build dams for water turbines, which need to be equipped with boilers, fuel storage and water treatment systems, diesel generators have a small footprint, fast construction speed, and low investment costs.Commonly used generator sets mostly adopt independent configuration, while standby generator sets or emergency generator sets are generally used in conjunction with substation and distribution equipment. Since the unit generally does not operate in parallel with the city grid, the unit does not require sufficient water source [the cooling water consumption of the diesel engine is 34~82L/(kW.h), which is only 1/10 of that of the steam turbine generator unit], and it occupies an area The area is small, so the installation location of the unit is more flexible. 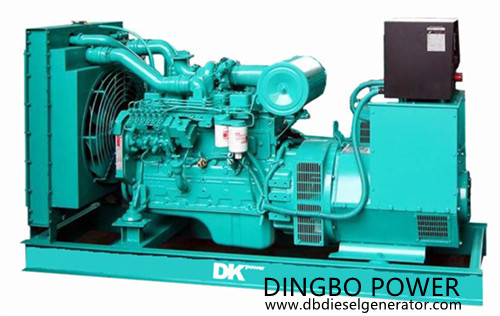 5. Simple maintenance and operation, fewer operators are required, and easy maintenance during the standby period.

6. The overall cost of construction and power generation of diesel generator sets is the lowest.

The diesel engine in the diesel generator set is generally a four-stroke, water-cooled, high-speed internal engine, which burns non-renewable diesel, and the emissions of NO2, CO, HC, PM after combustion pollute the environment, and the exhaust noise is relatively large.Nevertheless, diesel generator sets have obvious advantages compared with hydropower, wind, solar and other renewable energy power generation as well as nuclear power and thermal power generation. That is, the construction of diesel generator sets and the comprehensive cost of generators are relatively low.

Next Comparison of Diesel Generators and Gas Generators