Analysis and Inspection Methods for Common Faults of Volvo Generators

The failure of Volvo generator is usually caused by many factors. Different failures show different phenomena. To eliminate the failure, the cause of the failure must first be found out. In the long-term production practice, people have found out that "one look, two A set of inspection methods of "listening, three touching, and four smelling" uses instrument monitoring and the feeling of human organs to observe and judge the operation of Volvo generators. 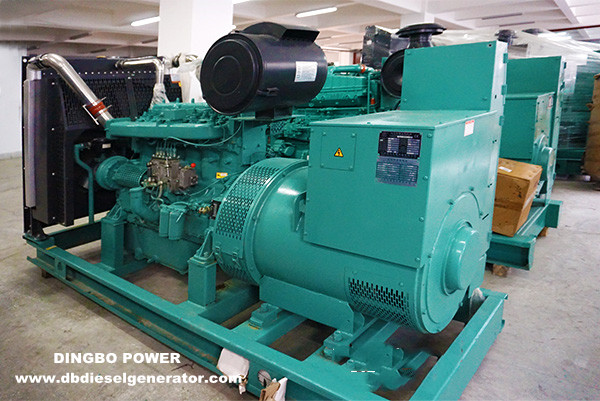 The general principles for judging the failure of Volvo generators are: combining the structure, the connection principle, clarifying the phenomenon, combining the reality, from simple to complex, from the outside to the inside, section by system, and find the cause.

After a Volvo generator has been running for a long time, it fails, and the following phenomena are usually encountered.

(2) Abnormal operation.  The diesel engine is not easy to start, violent vibration occurs during operation, the load cannot be dragged, and the speed is unstable.

(5) Abnormal smell. When the diesel engine is running, it emits odor, burnt smell and smoke smell.

When the Volvo generator is running, after discovering the above-mentioned abnormal phenomena, a careful investigation must be carried out, and the location and cause of the fault must be analyzed and judged according to the fault phenomenon. Sometimes a fault may have several abnormal phenomena. For example, after the high-pressure oil pump is worn out, it can show not only difficulty in starting, but also insufficient output power, and unstable low-speed operation. Sometimes an abnormal phenomenon may be caused by several failures. Therefore, when Volvo generators are running abnormally, we must carefully investigate the causes of the abnormal phenomena. This requires us to be good at analysis, reasoning and judgment, to grasp the essence through the phenomenon, to find out the cause and location of the failure, and to eliminate the failure.

(1) Identify the fault location based on the abnormal sound.

Use a macaroni screwdriver or a half-meter-long thin iron bar sharpened at one end to make a “needle judgment”. The location, the size and nature of the sound. The sound produced       by different parts is often different. For example, if the main bearing clearance is too large, the impact sound is dull, the valve and piston hitting sound is crisp, if the flywheel keyway        is loose, it will make a "hes! Hs!" impact sound, etc. Therefore, the fault is judged according to different sounds. Of the site.

(2) Use the local stop method to judge.

After failure analysis, if it is suspected that the failure is caused by a certain cylinder, the cylinder can be stopped to observe whether the failure phenomenon has disappeared, so as        to determine the cause and location of the failure. For example, if the diesel engine emits black smoke, it is analyzed that the nozzle hole of a certain cylinder is blocked, and the fuel         supply to the cylinder can be stopped. If the black smoke disappears, the judgment is correct.

(3) Judging by the comparison method.

(4) Use heuristics to judge.

Based on the analysis of the cause of the failure, it is difficult to judge for a while. You can change the technical status in a local area to observe whether the Volvo generator's performance is affected, so as to determine the cause of the failure. For example, the Volvo generator cannot deliver the specified power, and it is suspected that the compression stroke pressure of a certain cylinder is insufficient, which is caused by the large gap between the cylinder and the piston. Reinstall the cylinder head. If the pressure increases and the output power increases during the start-up test, the analysis is correct.

After long-term use of Volvo generators, there are many failures. Due to the different models of diesel engines and operating environments, the causes of failures are also different. Therefore, when dealing with problems, specific problems should be analyzed in detail according to different situations. Correctly analyzing and judging the cause of the Volvo generator failure is a meticulous work. You should not dismantle it without understanding the cause of the failure. It would not possible to eliminate the failure, but may cause new failures without meeting the technical requirements when reassembling the disassembled parts and components.

Please feel free to contact us if you encounter the above problem, Guangxi Dingbo Power Equipment Manufacturing Co., Ltd. is an professional manufacturer of various diesel generator set and we has a modern production base, equipped with a team of technical experts who are ready to serve. If you want to know more, please contact us by

Previous Introduction to the Advantages of Demestic Generator Sets in China