In high altitude areas, due to low atmospheric pressure and low temperature, what should be paid attention to? Today Dingbo Power shares with you, hope this article is helpful to you.

When starting at low temperature, the starter continuously drives the diesel engine to rotate, generally not more than 10s. If generator set start-up fails for 3 consecutive times, it shall be suspended for 2 ~ 3min before starting. If 500kw generator set cannot be started again for 2 ~ 3 times, check whether there is air or blockage in the fuel circuit and whether the air filter is blocked. If it is started continuously, the battery will be over discharged and the electrode plate will be aged. 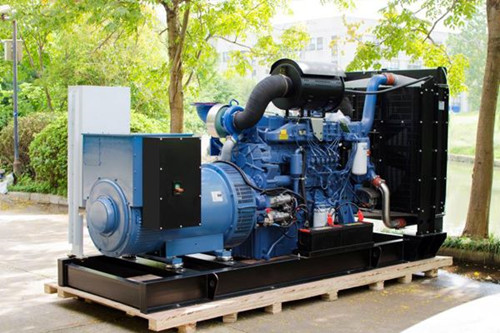 4. Oil should be selected correctly when using fuel heater.

6.After startup, run at low speed and check the tail gas.

For a period of time after the ignition of the diesel engine, do not increase the throttle to run at high speed, otherwise it is very easy to cause accidents such as cylinder pulling, shaft burning and bearing bush holding. After the diesel engine is started, it shall run at idle speed for 2 ~ 3min, and then gradually increase to medium speed to "warm up". When the coolant temperature reaches above 60 ° C, check whether the oil pressure, water temperature and indicator light on the instrument panel are normal, especially the oil pressure should be within the range of 0.15 ~ 0.50mpa. When the diesel engine has no abnormal noise and operates normally, gradually increase the load for operation.

7. When starting, the exhaust pipe will emit a burst of white smoke.

Do not heat the tank with an open flame Heating the oil tank with open fire will not only damage the paint on the surface of the body, but also burn the plastic oil pipe to form oil leakage, and even explode due to the rapid expansion of gas in the oil tank, resulting in the destruction of the body and casualties. Add cooling water when starting If the cooling water is not added during the start-up, and the cooling water is added after the Yuchai generator set is started, the water tank with increased temperature will suddenly encounter cold water, resulting in cracks in the body and cylinder head. Do not add oil from the intake pipe. Adding oil from the intake pipe will cause carbon deposition on the piston and piston ring and reduce the service life. Do not remove the air frega filter and the fire engine. Removing the air frega filter and the fire engine will cause unclean air to enter the cylinder, air valve and other moving parts and aggravate the wear of generator parts.

Dingbo Power is a manufacturer of Yuchai diesel generator in China, has focused on high quality product for more than 15 years. Electric generator includes 25kva to 3125kva, if you are interested, welcome to contact us by email dingbo@dieselgeneratortech.com.