What Are The Impacts of Excitation Loss to Generator

2.When a generator loses its excitation, due to the voltage drop, other generators in the power system will increase their reactive power output under the action of the automatic adjustment of the excitation device, thereby causing some generators, transformers or lines to overcurrent , Its backup protection may malfunction due to overcurrent, which will expand the scope of the accident. 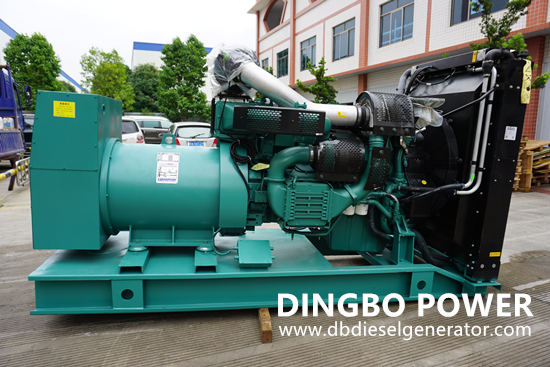 What are the reason for the loss of excitation of generator?

(1) Symbol after the generator loses its excitation: the stator current and active power of the generator rise rapidly after an instant drop, and the ratio increases and starts to swing.

(2) The generator can still send a certain amount of active power after loss of excitation, and keep the direction of the active power sent out, but the pointer of the power meter periodically swings.

(5) The rotor circuit induces alternating current and alternating magnetomotive force with slip frequency, so the pointer of the rotor voltmeter also periodically swings.

(6) The pointer of the rotor ammeter also oscillates periodically, and the current value is smaller than that before the loss of excitation.

(7) When the rotor circuit is open, a certain eddy current is induced on the surface of the rotor body to form a rotating magnetic field, which also generates a certain amount of asynchronous power.

How to deal with the problem of excitation loss of generator？

(1) After the loss of excitation protection is activated, the excitation mode is automatically switched, and the active load reduction is invalid and acts on the trip, it will be handled as an accident shutdown;

(3) If the loss of excitation is due to a failure of the excitation regulator AVR, immediately switch the AVR from the working channel to the standby channel, and switch to manual operation if the automatic mode fails;

(4) After the generator loses excitation and the generator does not trip, the active load should be reduced to 120MW within 1.5min, and the allowable running time after the loss of magnetism is 15min;

When generator occurs loss of excitation, we should find out the reason and solve the problem in time, to avoid impact to the generator. Dingbo Power not only provide technical support, but also produce diesel generator sets, if you have plan to purchase, welcome to contact us by email dingbo@dieselgeneratortech.com.

Previous What Are the Precursors of Diesel Generator Before Failure