Because the power load is uneven. At the peak of power consumption, the power grid is often overloaded. At this time, it is necessary to put the generator sets that are not in normal operation to meet the demand. These generator sets are called peak load generator sets. Because it is used to regulate the peak of power consumption, it is also called peak shaving unit. The requirements of peak load regulation unit are that the start and stop are convenient and fast, and the synchronous adjustment during grid connection is easy. General peak shaving units include gas turbine units and pumped storage units. 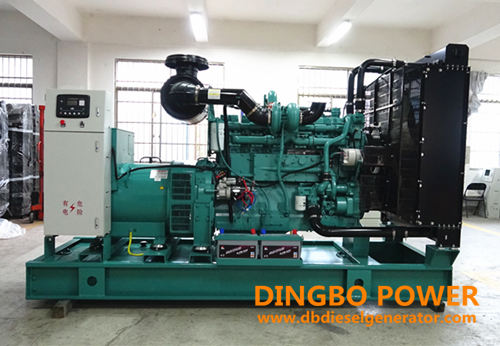 Generator set refers to the power generation equipment that can convert mechanical energy or other renewable energy into electric energy. Generally, our common peak load generator sets are usually driven by steam turbines, water turbines or internal combustion engines (gasoline engines, diesel engines, etc.). Renewable new energy includes nuclear energy, wind energy, solar energy, biomass energy, marine energy, etc. Due to the large capacity of the diesel generator set, it can be operated in parallel with a long continuous power supply time, and can also operate independently. It does not operate in parallel with the regional power grid, and is not affected by the power grid fault. It has high reliability. Especially in the case that the common mains power in some areas is not very reliable, the diesel generator set as the standby power supply can not only play the role of emergency power supply, but also use some usually important loads during power failure through the reasonable optimization of the low-voltage system. Therefore, it is widely used in the project.

The adjustment of generator output to meet the daily peak load demand of power system. Whether the electric energy can be stored or not, the generation and use of electric energy are synchronized, so the power generation department must generate as much electricity as it needs. The power load in the power system often changes. In order to maintain the balance of active power and maintain the stability of system frequency, the power generation department needs to change the output of the generator to adapt to the change of power load, which is called peak load regulation.

Peak load is caused by uneven power demand within 24 hours a day. Generally, there are two peak loads in the morning and lighting time in a day and night, and late at night is the lowest load (only 50% ~ 70% of the peak load). The peak load duration is relatively short.

The difference between peak load and valley load is very large, so some generator units are required to stop at valley load, and start and increase output quickly before peak load, and reduce output and stop after peak load (see Figure). These units are called peak load units or peak load regulating units. They have the characteristics of short starting time, fast output change and frequent start and stop.

How does peak load generator work?

If you still want to learn more information about peak load generator sets, please contact us. Guangxi Dingbo Power Equipment Manufactuing Co.,Ltd is diesel generator factory with more than 15 years' production and sales experience, with many brands product, such as Cummins, Perkins, Volvo, Yuchai, Shangchai, Weichai, Ricardo, MTU etc. If you have purchasing plan, please contact us by email dingbo@dieselgeneratortech.com, we will work with you.

Next Why Does UPS not Charge While on Generator Power