Five Notes for Use of Diesel Generating Set Coolant

The coolant of diesel generator set has the functions of anti freezing, anti-corrosion, anti boiling and anti scaling. Especially in the cold winter, it is difficult to start the diesel generator. If cold water is filled before starting, it is easy to freeze in the water chamber and inlet pipe of the water tank during the water filling process or when the water is not added in time, resulting in the inability of water circulation and even the expansion and crack of the water tank. Filling hot water can improve the temperature of diesel engine and facilitate starting. On the other hand, the above freezing phenomenon can be avoided as far as possible.

2. Antifreeze should be of high quality

At present, the quality of Antifreeze on the market is uneven, and many of them are shoddy. If the antifreeze does not contain preservatives, it will seriously corrode the engine cylinder head, water jacket, radiator, water stop ring, rubber parts and other components, and produce a large amount of scale, resulting in poor heat dissipation of the engine and overheating of the engine. Therefore, we must choose the products of regular manufacturers. 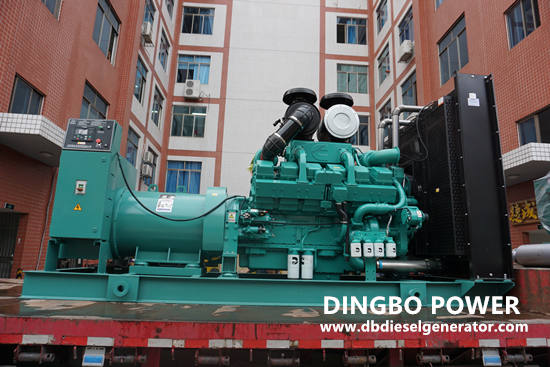 After adding antifreeze into the water tank, if the liquid level of the water tank decreases, on the premise of ensuring no leakage, only clean soft water (distilled water is better). Because the boiling point of ethylene glycol antifreeze is high, what evaporates is the water in the antifreeze, there is no need to add antifreeze, but only add soft water. It is worth mentioning that never add hard water without softening.

Coolant of different brands shall not be mixed, so as to avoid chemical reaction and damage their comprehensive anti-corrosion ability. The name of excess unused coolant shall be indicated on the container to avoid confusion. If the diesel engine cooling system used water or another coolant, be sure to flush the cooling system before adding a new coolant.

Dingbo Power company believe that after you learn about fives notes of the use of diesel generating set coolant, you can know how to use coolant correctly. Dingbo Power not only provide technical support, but also produce 25kva to 3125kva diesel generating sets, if you have purchasing plan, welcome to contact us by email dingbo@dieselgeneratortech.com, sales team of Dingbo Power will work with you all the time .