Diagnosis and Maintenance of Weak Operation of 150kw Yuchai Generator

The 150kw Yuchai diesel generator set has moderate power, strong power and good economy. It is a popular product that the majority of users are eager to pursue. Recently, Dingbo Power's after-sales maintenance department received feedback from users that its 150kw Yuchai generator could not rotate at a higher speed and was unable to operate. Dingbo Power immediately responded to the situation, promptly assigned professional maintenance personnel to diagnose and repair the problem, and helped users solve the problem in a timely manner. 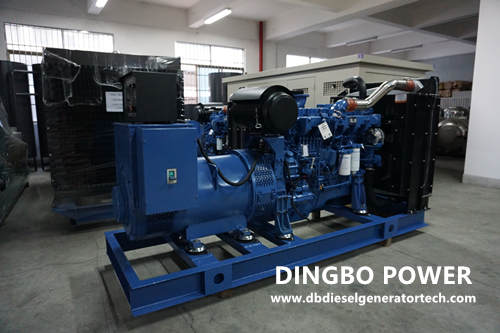 When 150kw Yuchai diesel generator runs well at low speed, but the speed can not go up during loading, and the operation is weak, it is generally caused by insufficient circulating oil supply, and the specific reasons for this failure are generally as follows:

2. The elasticity of the generator set governor spring is reduced due to fatigue, which causes the fuel supply of the fuel injection nozzle to decrease, and the diesel generator cannot reach the rated speed.

4. There is air in the oil circuit.

Diagnose the 150kw Yuchai diesel generator set according to the above possible fault causes, exhaust the air in the oil circuit or debug the fuel injection pump on the fuel injection nozzle test bench in combination with the fault causes, and then the fault can be basically eliminated. The diesel generator set may have various faults in action. Once you encounter a fault that you cannot handle, please contact the professional generator manufacturer to arrange maintenance personnel for on-site maintenance, and you cannot dismantle and inspect it blindly.

Next What are the Outstanding Advantages of Turbocharged Diesel Generator