The fuel used by the generator set is diesel. At less than 50% load or no load, light load will inevitably lead to insufficient fuel, carbon deposits and overall plant efficiency reduction, eventually leading to failed starting, insufficient power, excessive fuel, premature cylinder opening and maintenance, until scrap. To inspect and maintain generators, uninterruptible power supplies and power transmission equipment. It avoids the economic loss caused by the failure of the standby unit or the startup of the power supply, and the intelligent test system for AC400-1500kW diesel generator sets of Dingbo Power can provide solutions for diesel generator sets. 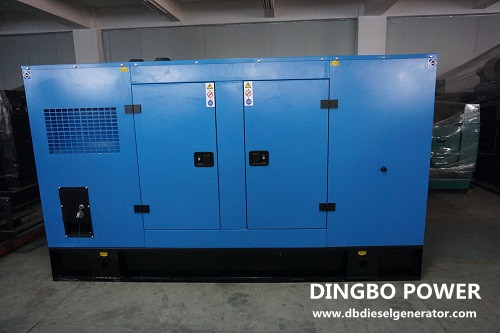 How the load detection system works

The load detection system is divided into resistive load, resistive tolerance load and resistive tolerance load. We use more resistive loads, called dummy loads, to simulate the presence of real loads. The main part is a resistance part, and some meters and circuit breakers are added to the design. The load is usually made into a box, often called a load box. Now, they have been replaced by dry load tanks. The dry load box test data is more accurate and easy to control. In shipyards, resistance-inductive honorary integral load boxes are mostly used, that is, the main accessories are resistors, reactors and capacitors. Reactors and capacitors are mainly used to control the power factor, and the input capacity can also be calculated according to user needs.

The functions of the load detection system

2. Local control: Through the switches and meters on the local control panel, the manual loading/unloading control of the load box can be performed and the test data can be viewed.

5. Control mode interlocking: The system is equipped with a control mode selection switch. After selecting any control mode, the operations carried out by the other modes are invalid to avoid conflicts caused by multiple operations.

6. One-button loading and unloading: whether manual switch or software control is used, the power value can be set first, and then the total loading switch is activated, and the load will be loaded according to the preset value, so as to avoid the load fluctuation during the power adjustment process.

The composition and parameters of Dingbo Power AC400-1500kW diesel generator set intelligent test system are as mentioned above, users can choose local, remote or intelligent way to control the load, the system is widely used in generator manufacturers and communication, electric power, railway, JB, For users in oil fields, finance and other industries, if you need to carry out load detection on diesel generator sets, welcome to consult us, Dingbo Power will serve you wholeheartedly.

Previous How to Repair the Water Pump of Diesel Generator Set