This article is about troubleshooting of exhaust pipe of 500 KVA diesel generator set, Dingbo Power hopes it is helpful to you.

1. Check the oil gauge in the oil pan of 500 KVA diesel generator set to see if the oil viscosity is too low or the oil quantity is too much, so that the oil enters the incineration chamber and evaporates into oil and gas, which is not burned and discharged from the exhaust pipe. However, it is found that the quality and quantity of engine oil conform to the oil rules of diesel engine.

2. Loosen the bleed screw of the high-pressure oil pump and press the hand oil pump to remove the air in the oil circuit. 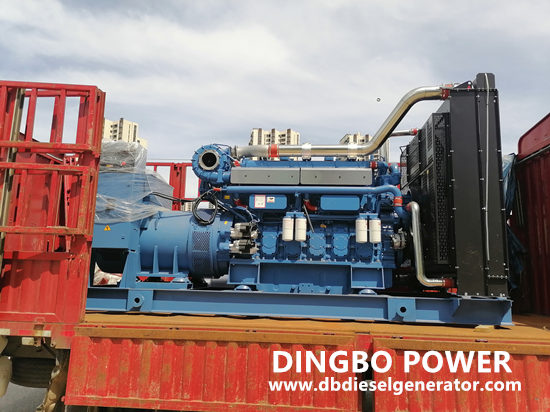 4. After starting 500KVA generator set, increase the speed to about 1000r/min, check whether the speed is stable, but the sound of diesel engine transformation is still unstable, and the fault has not been cleared.

5. The oil cut-off test was carried out on the high-pressure oil pipes of the upper four cylinders of the high-pressure oil pump one by one. It was found that the blue smoke disappeared after the cylinder was disconnected. After shutdown, the cylinder injector was disassembled and the fuel injection pressure test was carried out on the injector. It was found that the oil dripping appearance of the cylinder injector coupling occurred and the amount was small.

7. Remove the high-pressure oil pump assembly and check the inside of the governor. It is found that the conditioning gear rod is not sensitive to move. After repair, adjustment and installation, start the diesel engine until the speed reaches about 700r/min, and investigate whether the operation of the diesel engine is stable. If no abnormality is found during the inspection, the fault will be cleared.

Dingbo power has introduced seven solutions to exhaust pipe failure of 500 KVA diesel generator set. We hope the above introduction can bring reference to users.