What to Pay Attention to When Repairing Diesel Generator Sets

After the diesel generator set has been running for a period of time, it is inevitable that some failures will occur. At this time, it needs to be repaired. If it is a professional maintenance person, there will be corresponding testing equipment for fault detection. , Look, check, and try" and other methods to judge the fault, and then follow the step-by-step maintenance from simple to complex, table first, first assembly, and then parts. During the maintenance process, the user must pay attention to the methods. The following errors Operation must be avoided to prevent further damage to the unit.

It is relatively difficult to judge and eliminate the faults of diesel generator sets, but it cannot be large or small. As long as it is considered that the parts that may cause the fault, replace them one by one. As a result, not only the fault was not eliminated, but also the parts that should not be replaced were replaced at will.Some faulty parts can be repaired to restore their technical performance, such as generators, gear oil pumps and other faults, they can be repaired without complicated repair techniques. During maintenance, the cause and location of the failure should be carefully analyzed and judged based on the failure phenomenon, and repair methods should be taken to restore the technical performance of the repairable parts.

2. Do not pay attention to detecting the fit clearance of parts.

In the maintenance of common diesel generator sets, the matching clearance between piston and cylinder liner, piston ring "three clearance", piston head clearance, valve clearance, plunger clearance, brake shoe clearance, driving and driven gear meshing clearance, bearing axial and Radial clearance, valve stem and valve guide fitting clearance, etc., all types of models have strict requirements, and must be measured during maintenance, and parts that do not meet the clearance requirements must be adjusted or replaced.In the actual maintenance work, there are many phenomena of blindly assembling parts without measuring the fit clearance, leading to early wear or ablation of bearings, diesel generators burning oil, difficulty in starting or deflagration, broken piston rings, mechanical impacts, oil leakage, Faults such as air leakage. Sometimes even due to improper fit clearance of parts, serious mechanical damage accidents may occur. 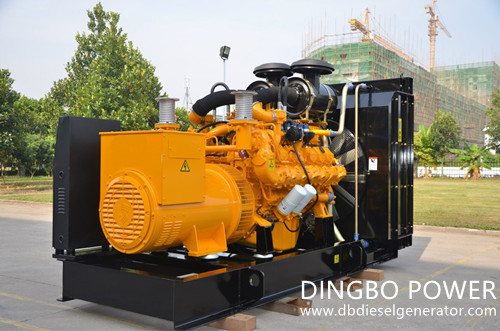 3. Parts are reversed during equipment assembly.

When servicing equipment, some parts have strict orientation requirements; only the correct installation can ensure the normal operation of the parts. The external features of some parts are not obvious, and they can be installed positively and negatively. In actual work, the installation is often reversed, resulting in early damage to parts, mechanical failure, and equipment damage accidents.Such as engine cylinder liners, unequal-space valve springs, engine pistons, piston rings, fan blades, gear oil pump side plates, skeleton oil seals, thrust washers, thrust bearings, thrust washers, oil retainers, fuel injection pump plungers , When installing the clutch friction plate hub, drive shaft universal joint and other parts, if you do not understand the structure and installation precautions, it is easy to install the reverse. Resulting in abnormal operation after assembly, resulting in equipment failure. Therefore, when assembling parts, maintenance personnel must grasp the structure and installation direction of the parts and require installation.

When servicing diesel generator sets, the correct maintenance method is not adopted, and emergency measures are considered to be omnipotent. There are many phenomena that "emergency" is used instead of "maintenance" and "treatment of the symptoms but not the root cause" is still common.For example, the frequently encountered "repair by welding" is an example. Some parts could have been repaired, but some maintenance personnel tried to save trouble, but often adopted the method of "welding to death"; in order to make the power generator "strong", artificially increase the fuel supply of the fuel injection pump and increase the fuel injection of the fuel injector. pressure.

Some maintenance personnel disassemble and repair the equipment because they are not clear about the mechanical structure and principle of the equipment, did not carefully analyze the cause of the failure, and did not accurately determine the fault location. As a result, not only the original failure could not be eliminated, but there might be new problem.

Next Quickly Understand the Control Panel of Diesel Generator Set