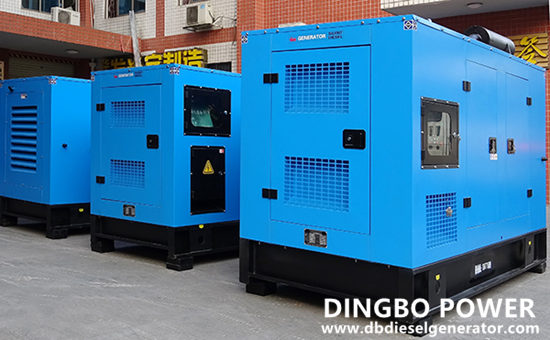 ① Armature core. It is an empty cylinder with slots for stator windings on its inner circumference. In order to embed the windings in the slots and reduce the air gap reluctance, the stator slots of small and medium capacity generators generally use half-open slots.

② Armature winding. The armature of the generator is wound. Coil composition. The wire of the coil is made of high-strength enameled wire, the coil is connected according to a certain rule, and it is embedded in the stator core slot. The winding connection method generally adopts three-phase double-layer short-distance stacked winding.

③ Machine base. The frame is used to fix the stator core and form a ventilation channel with the generator cover at both ends, but it is not used as a magnetic circuit. Therefore, it is required to have sufficient strength and rigidity to withstand various forces in processing, transportation and operation. The end caps at both ends can support the rotor and protect the end of the armature winding. The base and end cover of the generator are mostly made of cast iron.

(2) Rotor. The rotor is mainly composed of a motor shaft (rotating shaft), a rotor yoke, a magnetic pole and a slip ring.

① Motor shaft. The motor shaft (rotating shaft) is mainly used to transmit torque and bear the weight of the rotating part. The motor shafts of small and medium capacity synchronous generators are usually made of medium carbon steel.

②Rotor yoke. Mainly used to form a magnetic circuit and to fix the magnetic poles.

③ Magnetic pole. The pole core of the generator is generally made of 1 to 1.5mm thick steel plate punched and laminated, and then fixed on the rotor yoke with a screw. The field winding is sleeved on the magnetic pole core, and the field windings of each magnetic pole are generally connected in series, and the two outlet heads are connected with two mutually insulated collector rings on the rotating shaft by screws.

④ Collecting ring. The collector ring is a solid whole formed by heating and pressing a brass ring and plastic (such as epoxy glass), and then pressed on the motor shaft. The entire rotor is supported by bearings mounted on the front and rear end covers. The excitation current is introduced into the excitation winding through the brushes and the slip ring. The brush device is generally installed on the end cover.

Above information is about the structure of brush rotating magnetic pole synchronous generator. Hope you can know about more about the generator after you read this article. Dingbo Power not only shares some information of generator at ordinary times, but also is a manufacturer of many kinds of diesel generators with CE and ISO certificate. If you are interested, please call us by phone +8613481024441.