The vibration of hydro-generator set is different from that of general power machinery to some extent. Unit vibration phenomenon is obvious, but the vibration source is often hidden. In addition to the vibration caused by the rotating or fixed part of the machine itself, the influence of the electrical and mechanical magnetic force and the flow pressure acting on the overflow part of the turbine on the vibration of the system and its components should be considered. There are many reasons for the vibration of hydro-generator set, and many vibration sources often exist simultaneously. It is generally believed that the interference force sources causing unit vibration mainly come from hydraulic, mechanical and electrical aspects, which interact with each other and often interweave together to form coupled vibration.

General vibration of hydropower generating unit will not cause a harm to the crew, but when the vibration exceeds allowable values, especially long-term vibration and resonance, the power supply quality, the service life of the unit, the performance of the auxiliary equipment and instrumentation, the foundation of the unit and the surrounding buildings, and even the whole bring serious damage to the safe and economic operation of hydropower station.

Generating set harmfulness can be roughly divided into the following categories:

It leads to the formation and expansion of fatigue damage zone between metal and weld, leading to cracks, even fracture damage and scrap.

Loosening some fasteners of the unit will not only lead to the rupture of the fasteners themselves, but also aggravate the vibration of the connecting parts and accelerate their damage.

The vortex pulsating pressure formed in the tailpipe will make the overflow system oscillate, the output of the unit swing, and the wall of the tailpipe crack. In severe cases, the entire tailpipe service may be damaged.

The consequences of water turbine resonance are more serious. For example, resonance between unit equipment and plant can damage the entire plant and plant to varying degrees. 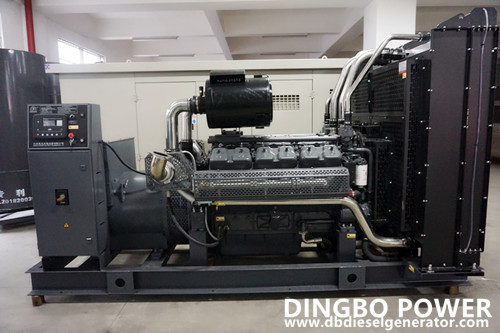 During the operation of the unit, proper air supply is carried out in the eddy current area, generally natural air supply, or forced air supply when necessary.

The above categories is divided by Dingbo Power,if you have any question about the diesel generators,pls contact Dingbo Power whose products cover Cummins, Perkins, Volvo, Yuchai, Shangchai, Deutz, Ricardo, MTU, Weichai etc.

Next Generator Manufacturers Summed Up The Safe Use Of Knowledge