Cause Analysis and Solution of Diesel Generator Injector Failure

Diesel engine fuel injector is installed on the cylinder head, the function is the diesel fuel in the form of a finer atomized particles into the combustion chamber and air mixture, forming good diesel engine combustion chamber nozzle, long-term work in high temperature and high pressure and gas corrosion environment, the internal high speed flow of the moving parts of tiny mechanical impurities in the fuel and fuel repeatedly washed. It is easy to wear and corrosion and is one of the most faulty parts in diesel engine fuel system. Today, Dingbo Electric Power, the generator manufacturer , will introduce to you the cause analysis and solution of diesel injector failure.

When the injection pressure is too low, the jet hole wear has carbon, spring end wear or elastic decline will cause the injector to open in advance, delay closing, and form the phenomenon of bad spray atomization.If the single cylinder diesel engine can not work; If the multi-cylinder diesel engine power drops, the exhaust fumes, the machine running sound is not normal. In addition, because the diesel droplet with too large particle size cannot be fully burned, it flows into the oil pan along the cylinder wall, which increases the oil level, reduces the viscosity, deteriorates the lubrication, and may cause the accident of burning the walla cylinder.

Solution: the injector should be dismantled cleaning, maintenance, re-debugging.

Due to the continuous injection and erosion of high pressure oil flow, the nozzle hole of the needle valve will gradually wear large, resulting in the decrease of injection pressure, the injection distance is shortened, the diesel atomization is poor, and the carbon deposit in the cylinder will increase.

Solution: the aperture of the single hole pin injector is generally greater than 1mm, and a steel ball with a diameter of 4 ~ 5mm can be placed at the end of the hole, and gently hammered with a hammer to make the local plastic deformation of the nozzle hole and reduce the aperture. Perforated direct injection injector because of the number of holes, small aperture, they can only use high speed steel grinding punch in the hole end gently knocking, if the debugging is still not qualified, the needle valve should be replaced. 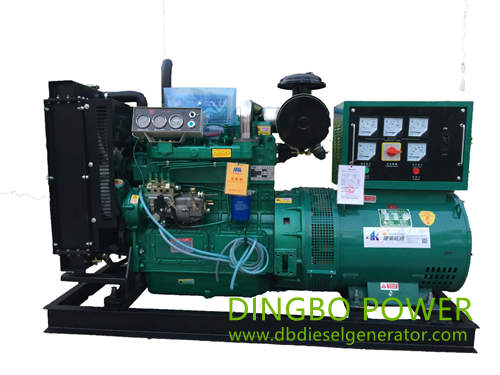 Solution: the needle body can be clipped to the grinder to grind this end face, and then grind with fine grinding paste on the glass plate.

When the fuel injector is installed with the cylinder head, the carbon deposit in the installation hole should be carefully removed. The copper gasket must be flat, and the asbestos plate or other materials shall not be used to replace it, in order to prevent poor heat dissipation or the sealing effect.

If the copper washer is made, it must be processed with copper according to the specified thickness to ensure that the distance of the injector extending out of the cylinder head plane meets the technical requirements. In addition, the injector pressure plate concave should be installed downward, tighten avoid unilateral bias, it should be tightened according to the specified torque evenly, otherwise the injector head will be due to deformation deflection and produce gas channeling oil.

Solution: When the injection time delay is too much, the locomotive can not even run, at this time should replace the needle valve couple.

8.Droplets of oil appear in the injector.

When the temperature of the diesel engine is low, the exhaust pipe emits white smoke, the engine temperature rises and then becomes black smoke, and the exhaust pipe will emit irregular gun sound. At this point, if the oil supply to the cylinder is stopped, the sound of smoke extraction and firing will disappear.

If you are interested in diesel generators, please contact us by email dingbo@dieselgeneratortech.com. We will provide the most considerate service.