Soft water usually has rain, snow water and river water, etc., these water contains less minerals, suitable for engine use. And the mineral content in the well water, spring water and tap water is high, these minerals are easy to deposit on the wall of the tank and the water jacket and the wall of the channel when heated and form scale and corrosion, which makes the engine heat dissipation ability become poor and it will be easy to lead to engine overheating. The added water must be clean, as it contains impurities that can clog waterways and aggravate wear and tear on pump impellers and other components. If hard water is used, it must be softened beforehand, usually by heating and adding lye (often caustic soda).

2.Don't start and then add water.

Some users, in winter in order to facilitate the start, or because the water source is far away so they often take the first start after adding water method, this method is very harmful. After the dry start of the engine, because there is no cooling water in the engine body, the components of the engine rapidly heat up, especially the temperature of the cylinder head and the water jacket outside the injector of the diesel engine is particularly high. If the cooling water is added at this time, the cylinder head and the water jacket are prone to crack or deformation due to sudden cooling. When the engine temperature is too high, the engine load should be removed first and then idled at low speed. When the water temperature is normal, cooling water should be added. 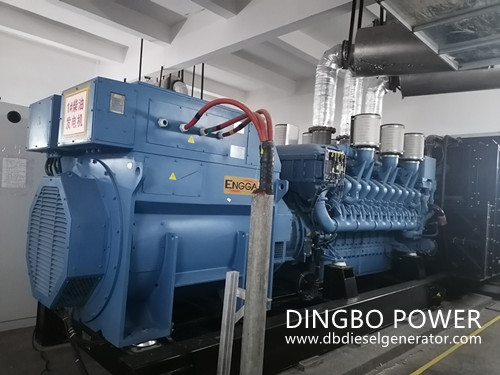 5.Antifreeze should be high quality.

At present, the quality of antifreeze on the market is uneven, many are shoddy. If antifreeze does not contain preservatives, it will seriously corrode engine cylinder head, water jacket, radiator, water resistance ring, rubber parts and other components, and produce a large number of scale, so that the engine heat dissipation is poor, resulting in engine overheating failure. Therefore, we must choose the products of regular manufacturers.

Whether it is ordinary antifreeze or long-acting antifreeze, when the temperature becomes high, it should be released in time, so as to prevent the corrosion of the parts. Because in antifreeze added preservatives can longer duration of use and gradually reduce or failure, what is more, some simply did not add preservatives, it would have a very strong corroding effect on parts, so must be released in a timely manner according to the temperature situation, antifreeze, and after the release of antifreeze cooling line conducting a thorough cleaning.

8.Change the water and clean the pipes regularly.

Frequently in cooling water is not recommended because of cooling water in over a period of time after use, minerals have precipitation, unless the water is very dirty, may stop line and radiator, don't easily replaced, because even if the new change of cooling water softening treatment, but also contains a certain minerals, these minerals can deposit on the place such as water jacket and form scale, water change much more frequently, The more minerals precipitate, the thicker the scale, so the cooling water should be replaced regularly according to the actual situation. The cooling pipe should be cleaned when replacing. The cleaning liquid can be prepared with caustic soda, kerosene and water. At the same time maintain the water switch, especially before the winter, timely replace the damaged switch, not with bolts, sticks, rags, etc.

9.Open the cover of the tank when releasing water.

If you do not open the water tank cover, although the cooling water can flow out of part, with the reduction of the radiator water, because the water tank is closed, will produce a certain vacuum, and the water flow slowed down or stopped so the water is not clean and frozen parts in winter.

In cold winter, the generator is difficult to start. If the cold water is added before starting, it is easy to freeze in the water tank launching chamber and water inlet pipe in the process of adding water or when the water is not started in time, resulting in water circulation, and even the water tank is cracked. Adding hot water, on the one hand, can raise the temperature of the engine to facilitate starting; On the other hand, the above freezing phenomenon can be avoided as far as possible.

11.The engine should be idled after water discharge in winter.

In cold winter, you should be released within the engine cooling water starting engine idling for a few minutes, this is mainly because after the water pump and other parts may be some residual moisture, after starting again, on the place such as the body temperature may dry pumps of residual moisture, make sure that there is no water in the engine to prevent pump freezing and water seal tear caused by leakage phenomenon.

If you want to know more about diesel generator set, please contact us by email dingbo@dieselgeneratortech.com.

Previous Cause Analysis and Solution of Diesel Generator Injector Failure

Next Calibration of Diesel Generator Power and Fuel Consumption Rate