Today, Dingbo power, a diesel generators manufacturer, analyzed the causes of abnormal bush burning faults of 500KVA diesel generator. Hope this article is helpful to you. 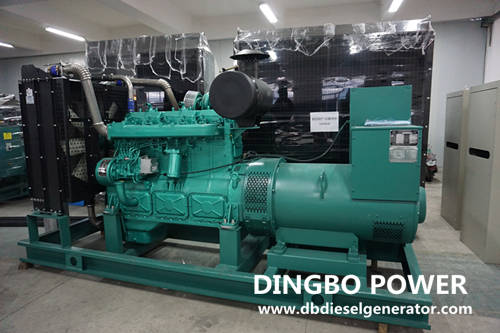 A. Oil temperature too high or too low

The thermal oxidation resistance of lubricating oil has a significant impact on the lubrication between crankshaft and bearing. If two different lubricating oils are used on the same prototype and work continuously under the same working condition, the measured results will be different.

In order to improve the lubrication state of the main bearing of the existing diesel engine and prevent burning, the clearance between the bearing and the crankshaft journal should be controlled in strict accordance with the requirements of the diesel engine operation manual. When replacing the bearing bush, check the roundness and cylindricity of the crankshaft journal. If it exceeds the limit, it shall be polished to avoid reducing the contact area of the journal and bearing bush and increasing the pressure per unit area. In addition, the axial clearance of the crankshaft shall be controlled. If the wear exceeds the limit, it shall be repaired in time.

If inferior materials are used, the high temperature resistance and bearing capacity of the bearing bush are insufficient. Even if the oil pressure is normal and the oil quantity is sufficient, the Bush burning fault will be caused.

G. The vibration of diesel engine is too large during operation

H. The temperature of diesel engine is too high

3. Precautions for use of 500kva diesel generator

b. Select the lubricating oil that meets the requirements of the diesel engine manufacturer and carefully maintain it as required.

c. Before starting the diesel engine, carefully check the amount of lubricating oil. If it is insufficient, add it according to the regulations.

d. During cold start-up, first operate at idle speed under no-load for 3 ~ 5 minutes, and then gradually transition to high-speed or heavy load operation.

e. It is forbidden to operate the diesel generator for a long time under overload to avoid rapid acceleration; If it is found that the oil pressure alarm light is on, find out the cause and handle it properly before continuing operation.