Comprehensive Analysis And Discussion Of Generators

(1) The harm of banded tissue

The results of metallographic examination showed that there was obvious zonal segregation in the material. Band microstructure is the microstructure formed along the rolling direction of steel, mainly composed of proeutectoid ferrite and pearlite. Due to the different microstructure and properties of adjacent bands, stress concentration will inevitably occur between strong and weak bands, resulting in the overall decline of mechanical properties and obvious anisotropy. Under the action of external force, delamination tearing occurs easily along the strip structure, which lays a foundation for the early failure of the material.

Strip structure is a common defect structure in low carbon steel, which is caused by two reasons: first, the selective crystallization of molten steel during the crystallization process of steel ingot leads to uneven distribution of dendrite structure. During the rolling process, the coarse dendrite elongates and gradually meets the direction of deformation, thus forming the superposition of depleted and enriched bands of carbon and alloy elements. In the process of slow cooling, ferrite and pearlite are mainly banded structures. In this case, compositional banding is the basis and prerequisite for tissue banding. So conventional annealing normalizing is difficult to eliminate, only through high temperature diffusion annealing and normalizing once or three times to improve or eliminate.

The second reason is the ribbon organization caused by improper hot working technology. When the hot rolling temperature is in the two-phase zone, ferrite is precipitated from austenite in bands along the metal flow, and the undecomposed austenite is divided into bands. When cooled to A1, banded austenite transforms into banded pearlite. Banded structures can be improved and eliminated by normalizing or annealing. 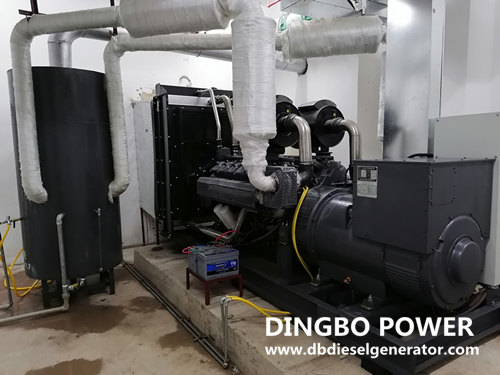 From the design and processing of the external structure of the bracket, the overall shape of the bracket is rough, the weld is obvious, knife marks and pits can be seen everywhere, indicating that the overall processing quality is not good. As can be seen from the structure and fracture location of the support in FIG. 1, the fracture occurred at the corner of the horizontal and vertical steel plates, which was originally a weak link in the structural design. There should be an arc transition zone to reduce stress concentration, but there are distinct machining steps. Such obvious machining defects will undoubtedly lead to stress concentration zones, which will open channels for crack initiation and development.

In terms of the overall processing technology of the support, the hot-rolled steel plate was not normalized before use, nor did the corresponding physical and chemical inspection test, resulting in the raw materials with structural defects directly transferred to the next processing process. In addition, the steel plate of the support is not annealed or normalized after welding, which will inevitably lead to the existence of welding residual stress and accelerate the brittle fracture process of the support to a certain extent.

Next What Is An Nanogenerator