When the speed and load of diesel generator change, the intake volume, discharge volume, inlet and exhaust flow velocity, the duration of intake and exhaust stroke, the combustion process in the cylinder are different, and the requirements of valve phase and valve lift are also different. For example: when the speed is high, the inlet flow velocity is high and the inertia energy is large, so it is hoped that the inlet valve will be opened earlier and closed later, so as to make full use of the inertia of the inlet flow and charge the fresh air into the cylinder as much as possible; On the contrary, when the diesel generator speed is low, the inlet flow rate is low, and the inertia energy is small. If the inlet valve late closing Angle is too large, the fresh gas that has entered the cylinder will be squeezed out of the cylinder by the upward piston in the compression stroke. Similarly, if the intake valve is opened too early, because the piston is ascending exhaust, it is easy to squeeze the exhaust gas into the intake pipe, so that the residual exhaust gas in the intake increases, but the fresh gas is reduced, so that the diesel generator is not stable. As a result, there is no fixed valve phase setting that provides optimal performance for diesel generators at both high and low speeds. The variable valve timing (VVT) system can improve the fuel economy, power performance and operation stability of diesel generators under various speeds and loads by changing the distribution phase of diesel generators, and reduce emissions pollution. 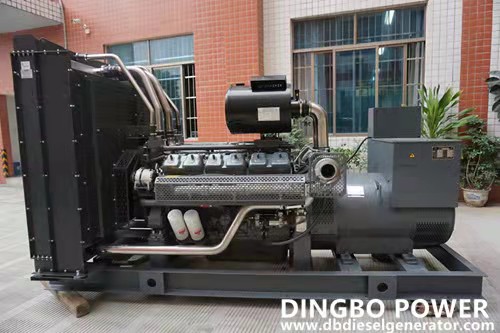 Diesel generators at different speeds. Requirements for valve travel vary greatly. At low speed, because the intake volume is small, if the valve travel is large, it will not be able to produce enough intake negative pressure, the injector can not be fully mixed with the inhaled air after injection, resulting in low combustion efficiency, low speed torque will be greatly reduced, and emissions will also increase. In this case, a smaller valve stroke should be used. Due to the small valve travel, the intake negative pressure is increased, and the resulting large number of vortices can fully mix the mixture to meet the normal operation of the diesel generator at low speed. At high speed, the situation is the opposite. At this time, the intake volume is very large. If the valve travel is too small, the intake resistance will be too large to inhale enough air, thus affecting the performance of power. Therefore, at high speed, it is necessary to have a large valve travel, in order to obtain the best valve demand. To reduce fuel consumption, BMW's adjustable valve mechanism directs the amount of air into the diesel generator not through the throttle but through the adjustable lift of the intake valve. By means of an electrically adjustable eccentric shaft, the action of the camshaft on the roller valve pressure rod is changed by an intermediate lever, thereby generating an adjustable intake valve lift. The throttle is only used during starting and emergency operation. In all other operating conditions the throttle is fully open with little throttling. Electronic valve technology achieves the best balance of power torque output of diesel generator under different speed conditions through stepless adjustment of valve stroke.

Next Harm and Influence Of Burning Oil In Diesel Generator Set