Setting calculation of steam turbine inverse power maintenance is to confirm the operation power Pdz and action delay T of the maintenance.

1. Action power of Pdz set turbogenerator inverse power maintenance action power can be calculated according to the following formula: Pdz=(Krel*P1)/η Pdz- inverse power maintenance operation power Krel- reliability coefficient, take 0.8 P1- the power consumed by the turbine to maintain synchronous rotation speed after the main valve is closed, the size of this power is related to the structure and capacity of the turbine, It is also related to the structure of the main steam system of the turbogenerator (pipeline structure and whether there is bypass pipeline, etc.). Generally, the rated power is 1.5~2% η- the power of the generator when the generator drags the turbogenerator to rotate, and 0.98~0.99, so: Pdz≈ (1.2~1.6%) PN PN- the rated power of the generator. In practice, Pdz= can be 1-1.5% PN.

2.Action delay generator inverse power maintenance action delay, should be in accordance with the steam turbine generator after the main valve closed allowed to operate time to set, the allowed time is generally 10~15min. The calculation and operation practice indicate that when the steam turbine steam system has bypass pipe, the operation time should be longer. Therefore, if the maintenance action delay is set according to the time allowed to run after the main steam turbine valve is closed, 5~10min is advisable. After action, it is applied to disengage magnetic field. 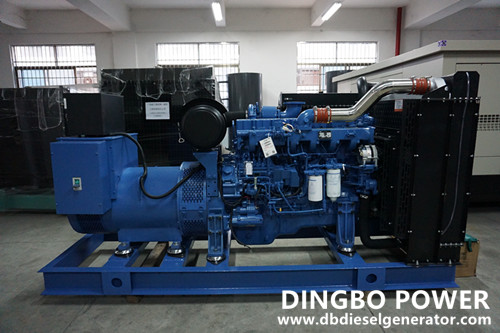 An introduction to the principle

Next The Planning And Production Of Generator Sets