How Does The Diesel Generator Work

Diesel engine is a machine that converts the chemical energy of fuel into mechanical energy. The energy conversion of diesel engine must go through the following four stages or processes: intake process, fresh air in the cylinder; In the compression process, the air sucked into the cylinder is compressed to increase its temperature and pressure; In the process of expansion work, the fuel is injected into the cylinder gas that has been compressed and the temperature reaches the fuel spontaneous combustion temperature, and the fuel is quickly mixed with air and burned sharply; In the exhaust process, the exhaust gas that has been burned and done work is discharged from the cylinder. The following is a detailed description: 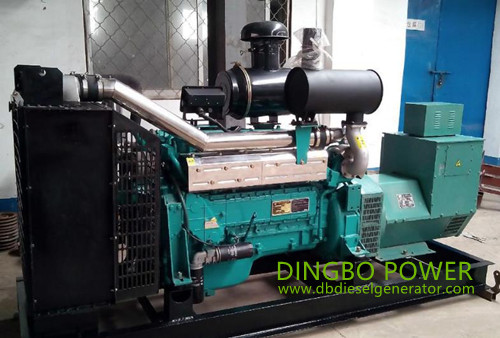 When the compression stroke is close to the end, under the action of the high-pressure oil pump, the diesel oil is injected into the cylinder combustion chamber through the fuel injector at a high pressure of about 10MPa. After mixing with the air in a very short time, it will ignite and burn immediately. The pressure of the gas in the cylinder rises rapidly, up to 5000-5000kpa and the maximum temperature is 1800-2000k.

The exhaust of diesel engine is basically the same as that of gasoline engine, but the exhaust temperature is lower than that of gasoline engine. Generally, TR = 700-900k. For a single cylinder engine, its rotating speed is uneven, the engine work is unstable and the vibration is large.This is because only one of the four strokes does work, and the other three strokes consume power to prepare for work. In order to solve this problem, the flywheel must have a large enough moment of inertia, which will increase the mass and size of the whole engine.

Guangxi Dingbo Power Equipment Manufacturing Co., Ltd. is an OEM manufacturer authorized by Shangchai. The company has a modern production base, a professional technical R & D team, advanced manufacturing technology, a perfect quality management system and sound after-sales service guarantee. It can customize 30kw-3000kw diesel generator sets of various specifications according to customer needs. If you are interested in diesel generators, Welcome to contact by email dingbo@dieselgeneratortech.com.

Previous What Should Manufacturers Pay Attention to When Supplying Diesel Generators

Next Working Principle of Voltage Regulator for Diesel Generator