How to Remove Rust From the Surface of a Diesel Generator

So what about rust on the surface of the diesel generator? 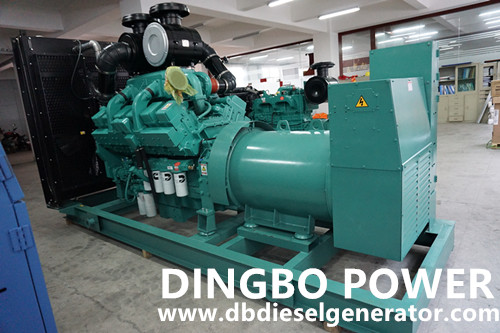 The first way: mechanical way is to remove the rust layer on the surface of parts by means of friction and cutting between mechanical parts.  Common methods include brushing, grinding, polishing and sandblasting.  Single-piece, small-batch maintenance relies on manual application of wire brush, scraper, emery cloth, etc., to brush, scrape or polish the rust layer.

A group of conditional parts or units can be driven by motor or fan to promote various anti-rust treatment tools to carry out anti-rust treatment, such as electric polishing, polishing, rolling, etc.  Sand blasting is the use of compressed air, the corresponding size of sand according to the spray gun on the surface of the rusty parts.  It can not only quickly anti-rust treatment, but also for coating, spraying, electroplating and other processes to prepare.  After sandblasting, the surface is clean and has the corresponding surface roughness, which can enhance the adhesion force between the coating and parts.  Mechanical antirust treatment can only be used on the surface of unimportant mechanical parts.

The second way: chemical rust treatment this is by chemical changes to dissolve the metal surface etching products pickling.  The mechanism is that the metal is dissolved by acid and the mechanical effect of hydrogen produced by chemical changes causes the rust layer to fall off.  Common acids are hydrochloric acid, sulfuric acid, phosphoric acid, etc., because the metal material is different, the chemicals used to dissolve the etching products are also different.  The selection of rust remover and its operating conditions are based on the types of metal materials, chemical composition, surface condition, dimensional accuracy and surface quality of parts and components.

The third way: electrochemical etching is to place the parts in the electrolyte and apply direct current electric rust prevention treatment according to chemical changes.  This method is faster than chemical processes and can store conventional metals better, reducing acid consumption.

Generally can be divided into two categories: one is to be treated with rust parts as anodized;  The other is to use the rust - resistant parts as the cathode.  Anodic oxidation and rust prevention treatment is due to the dissolution of metal materials and oxygen on the rust layer of the fracture effect.  Cathodic rust prevention treatment is due to the recovery of iron oxide by hydrogen generated on the cathode after electrification, and the breaking effect of hydrogen on the rust layer, so that the rust falls off from the surface of parts.  The specific disadvantage of the former method is that when the current density is too high, it is very easy to erode too much and destroy the surface of parts, so it is suitable for simple parts.

Dingbo has a wild range of diesel generators:Volvo / Weichai/Shangcai/Ricardo/Perkins and so on,if you need pls call us :008613481024441 or email us :dingbo@dieselgeneratortech.com.

Previous Is the Diesel Generator Set Automatic or Self-Starting