How to Troubleshoot Diesel Generator Sets

Various faults will occur in the use of industrial diesel generator sets, the phenomena are various, and the reasons for the faults are also very complex. A fault can manifest as one or more abnormal phenomena, and an abnormal phenomenon can also be caused by one or more fault causes. When the diesel engine fails, the operator should carefully and timely analyze the characteristics of the failure and determine the cause, generally according to the following principles:

1) Judging faults must be holistic, and troubleshooting must be comprehensive. Troubleshooting is a systematic project, and the diesel engine should be regarded as a whole (a system), not as a set of components. The failure of one system, mechanism or component will inevitably involve other systems, mechanisms or components. Therefore, the failure of each system, mechanism or component cannot be treated in absolute isolation, but the impact on other systems and the impact on itself must be considered, so as to analyze the cause of the failure with a holistic concept, and conduct a comprehensive inspection and elimination. 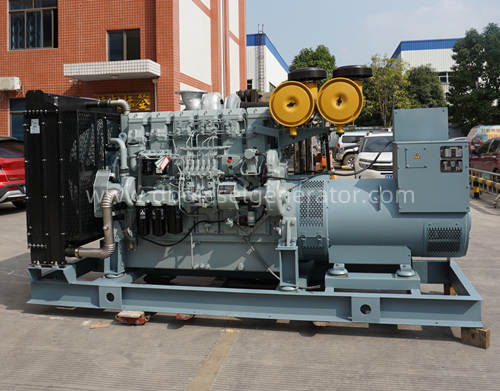 2) Finding faults should minimize disassembly as much as possible. Disassembly should only be used as a last resort after careful analysis. When deciding to take this step, be sure to be guided by knowledge such as structural and institutional principles, and grounded in scientific analysis. It should only be done when there is a certainty that normalcy will be restored and that there will be no adverse consequences. Otherwise, it will not only prolong the troubleshooting time, but also cause the engine to suffer undue damage or generate new failures.

3) Do not take chances and act blindly. When the diesel engine fails suddenly or the cause of the failure has generally been determined, and the failure will affect the normal operation of the diesel engine, it should be stopped and checked in time. When it is judged that it is a major fault or the diesel engine suddenly stops by itself, it should be dismantled and repaired in time. For failures that cannot be immediately identified, the diesel engine can be run at low speed with no load, and then observed and analyzed to find out the cause, so as to avoid larger accidents. When encountering more serious failure symptoms that may cause destructive damage, do not take chances and act blindly. When the cause of the fault is not found and eliminated, the engine cannot be started easily, otherwise the damage will be further expanded, and even a major accident will be caused.

4) Focus on investigation, research, and reasonable analysis. Every fault, especially the major fault cause elimination method, should be recorded in the diesel engine operation book for reference in the next maintenance.

Quickly and accurately finding and judging the cause of the fault is the basis and premise of rapid troubleshooting. Fault judgment of diesel genset must not only be very familiar with the basic structure of the diesel engine, the cooperation relationship between various parts and the basic working principle, but also master the methods of finding and judging faults. General principles and methods can be used flexibly. Only in this way, when encountering actual problems, through careful observation, thorough investigation and correct analysis, we can quickly, accurately and timely troubleshoot.

Previous How to Detect Whether Generator Set Reaches the Rated Power

Next Advantages and Characteristics of Mobile Trailer Generator Sets