The Basic Uses and the Work Principle of a Diesel Generator

How does a diesel generator work?  What are the basic uses?

How does a diesel generator work?  Diesel generators can come in different sizes and configurations depending on their desired function, but the basic principles are generally the same.  A generator converts external mechanical energy into electrical energy as its output.  The conversion of energy is a key point. Generatorsdon't actually produce energy.  Modern generators operate on the principle of electromagnetic induction to produce electric current.

Generators are made up of many different components, such as engines, alternators, and fuel systems, to name just a few.  An engine is a source of mechanical energy to be converted into electrical energy.  It can be powered by a variety of fuel types, but diesel generators are of course powered by diesel.  Larger engines, such as those used in commercial generators, usually need to run on diesel fuel. 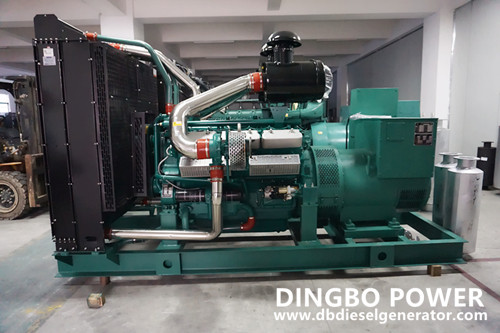 The alternator is the component that actually converts the mechanical input from the engine into the electrical output.  It consists of a set of moving and stationary parts that work together to generate motion between electric and magnetic fields, which in turn generates an electric current.  The durability of an alternator depends on the material of its parts and its casing.

The fuel system for a commercial generator may include an external fuel tank to ensure there is enough supply to keep it running longer.  A typical fuel tank can keep the generator running for about six to eight hours.  Diesel generators will also have ancillary components such as exhaust systems, control panels and lubrication systems.

Dingbo series diesel generators are very suitable for various industries and enterprises.  Blackouts caused by extreme weather carry a higher risk than ever before, not to mention other possibilities such as power plant problems or operational errors.  With reliable generators and an understanding of their performance, facilities can be prepared for almost any eventuality.

Healthcare facilities are among those most in need of reliable backup generators.  Without electricity, hospitals, doctors' offices and care facilities will not be able to function properly.  This can be disastrous for those who already rely on these facilities, and how important reliable generators and their performance are cannot be overemphasized.

Of course, generators aren't just for life-and-death situations.  They are also required for any facility that needs to be kept warm for food safety or any other reason.  They are critical to keeping office buildings open and ensuring that financial institutions maintain their services.  In a world with so many choices, no one can really afford to go out of business because of a blackout.