Why the speed of 1800kW diesel generator is unstable after startup?

After 1800kW diesel generator is started, what should I do if the speed is unstable from high to low? First of all, don't panic. This is not a big problem. Dingbo electromechanical staff concluded that the unstable speed is mostly caused by the failure of the fuel system.

1. Each cylinder of 1800kW diesel generator works poorly, resulting in different compression pressure of each cylinder.

2. There is air, moisture or poor oil supply in the fuel supply system.

3. The oil supply of each slave cylinder plunger in the high-pressure oil pump is more related.

6. The rotating parts inside the governor are unbalanced or the fitting clearance is too large.

7. The governor speed does not reach the calibrated speed. 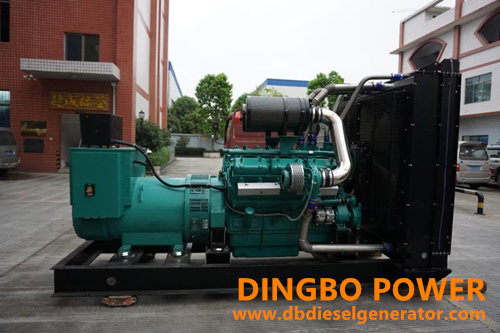 1. Check the oil scale in the diesel oil pan to see if the oil viscosity is too low or the oil quantity is too much, so that the oil enters the combustion chamber and evaporates into oil and gas, which is not burned and discharged from the exhaust pipe. However, through the inspection, it is found that the quality and quantity of the oil meet the oil requirements of the diesel engine.

2. Loosen the bleed screw of the high-pressure oil pump and press the hand oil pump to remove the air in the oil circuit of diesel engine generator.

4. After starting the diesel engine, increase the speed to about 1000r / min and observe whether the speed is stable, but the sound of diesel engine rotation is still unstable, and the fault has not been eliminated.

6. Draw a thin copper wire close to the diameter of the spray hole from a thin wire to dredge the spray hole. After dredging and testing again, it is found that the spray nozzle is normal, and then the fuel injector is assembled to start the diesel engine. The phenomenon of blue smoke is disappeared, but the speed of the diesel engine is still unstable.

7. Remove the high-pressure oil pump assembly and conduct technical inspection inside the governor. It is found that the adjusting gear rod does not move flexibly. After repair, adjustment and assembly, start the diesel engine until the speed reaches about 700R / min, and observe whether the diesel engine works stably. If no abnormality is found during the inspection, the fault is eliminated.

By understanding the general causes of the fault and the troubleshooting methods given by Dingbo Power company, we can find out the crux and hand it over to professional maintenance personnel for treatment, which will soon return to normal.