Some common injector fault diagnosis and maintenance methods will be introduced in detail below.

Diesel engine injector problems can be diagnosed as follows: Over time, the injector can become tired and weak.  Even if they are electronic, sometimes the mechanical parts inside the ejector can wear out, stop working properly, or even fail.

In this case, the fault diagnosis instrument will usually find the cylinder with the contributing problem.

However, in addition to wear or fatigue, injectors can fail.  One of the most common failures is fuel injector body rupture.When cracking can cause other problems, it's more difficult to determine.  Although the injector body may break, the engine may still run well, but it just takes longer to start.

In addition, you may notice an elevated oil level and notice some fuel dilution in the oil.  When the engine is shut off, cracks in the injector body usually cause fuel to return to the tank from the fuel line and fuel gauge.  When a leak occurs, the engine must overspin for a period of time in order to reperfusion the injection system. 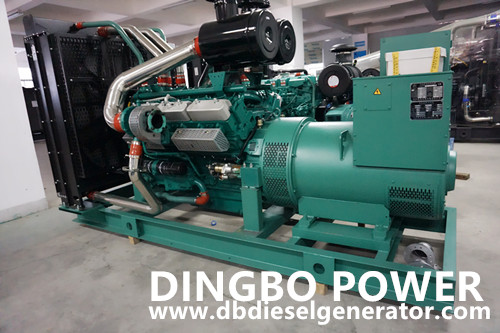 The normal starting time for common-rail jet systems is usually about three to five seconds.  That's how long it takes for the common-rail pump to build fuel pressure to the "threshold."  In an engine, the controller does not start the injector until the fuel distribution line pressure reaches a threshold.  When the injector ruptures and the fuel leaks downward in the injection system, the start time is almost tripled in order for the fuel system to be refilled and the threshold required for ignition to be reached.

While today's diagnostic tools and advanced engine electronics make it easier to pinpoint performance problems in diesel engines, that doesn't mean all problems can be so easily solved.  For more details, please contact Dingbo Power.