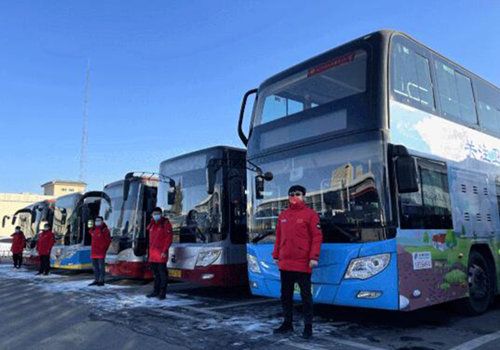 Finally, the service vehicles equipped with yuchaixin handed over the excellent answer sheet of more than 180000 trips in total, more than 9 million kilometers in total, zero delay, zero fault and zero complaint in the whole process, which provided a strong guarantee for the wonderful holding of the event, once again showed the strength and charm of made in China to the world and added luster to the Chinese brand.

For Yuchai, the thank-you letter from Beijing Winter Olympics Organizing Committee is both encouragement and encouragement. For Dingbo power, Yuchai's proud achievements are also an encouragement. As an OEM manufacturer of Yuchai engine generators, Dingbo power will not forget its original intention and move forward bravely like Yuchai, and show the excellent image of China's power brand with high standards and high-quality products and services.

Dingbo Power is a manufacturer of diesel generators in China, founded in 2006, only focuses on high quality product, such as Cummins, Volvo, Yuchai generator, Perkins, Weichai, Shangchai, Ricardo, MTU, Deutz etc. Power range can have 25kva~3125kva. All products have CE and ISO certificate. Contact us by email dingbo@dieselgeneratortech.com if you have purchase plan of diesel generato set.

Previous Prediction and Treatment of Mechanical Failure of Diesel Engine