When two generator sets are paralleled at no load, there will be a problem of frequency difference and voltage difference between the two generator sets. And on the monitoring instruments of the two units (ammeter, power meter, power factor meter), the actual reverse work situation is reflected, one is the reverse work caused by the inconsistent speed (frequency), and the other is caused by the unequal voltage. Inverse work, its adjustment is as follows:

Wrong operation of diesel generator 1: The diesel engine runs when the oil is insufficient. 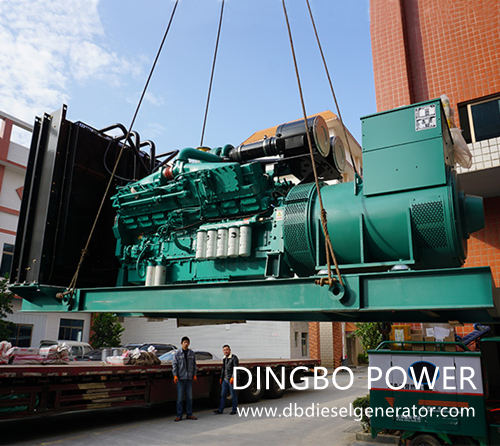 After the diesel engine generator is turned off, the cooling system water circulation stops, the heat dissipation capacity is drastically reduced, and the heated parts lose cooling, which can easily cause the cylinder head, cylinder liner, cylinder block and other parts to overheat, produce cracks, or cause the piston to over-expand and become stuck in the cylinder liner. Inside. On the other hand, if the diesel generator is shut down without cooling at idle speed, the friction surface will not contain enough oil. When the diesel engine starts again, it will aggravate wear due to poor lubrication. Therefore, before the diesel generator stalls, the load should be removed, and the speed should be gradually reduced and run for a few minutes without load.

Wrong operation of diesel generator 3: After cold start, the engine will run under load without warming up.

When the cold engine of a diesel generator is started, due to the high oil viscosity and poor fluidity, the oil pump is insufficiently supplied, and the friction surface of the machine is poorly lubricated due to lack of oil, causing rapid wear and even failures such as cylinder pulling and tile burning. Therefore, the diesel engine should be idling to heat up after cooling and starting. When the standby oil temperature reaches 40℃ or higher, then the machine should be operated under load. The machine should start with low gear and drive for a certain mileage in each gear sequentially until the oil temperature is normal and the fuel supply is sufficient. , Can be converted to normal driving.

Diesel generator incorrect operation 4: After the diesel engine is cold started, the throttle is blasted.

If the throttle is slammed, the speed of the diesel generator will rise sharply, which will cause some friction surfaces on the machine to be severely worn due to dry friction. In addition, the piston, connecting rod, and crankshaft receive large changes when the throttle is hit, causing severe impacts and easily damaging parts.

Insufficient cooling water for electric generator will reduce its cooling effect. Diesel engines will overheat the cooling water and engine oil due to ineffective cooling, which will also cause diesel engines to overheat. At this time, diesel generator cylinder heads, cylinder liners, piston components and valves are subject to heavy thermal loads, and their mechanical properties such as strength and toughness drop sharply, which increases the deformation of parts, reduces the matching gap between parts, and accelerates the wear of parts. , In severe cases, cracks and malfunctions of mechanical parts jamming may occur. The overheating of the diesel generator will also deteriorate the combustion process of the diesel engine, causing the injector to work abnormally, poor atomization, and increasing carbon deposits.

Previous What are the Advantages of Diesel Generator Sets in Use

Next Which Diesel Generator Set is Better, Weichai Genset Or Yuchai Genset