Why Do Gas Generator Sets Use Special Oil

In the process of promoting clean fuel for gas-fired generator sets, some problems related to lubricating oil have also appeared, which has attracted the attention of users. For example, the modified vehicle gas generator set still uses the original engine oil, which often leads to many problems, such as excessive carbon deposition, large oil sludge, shortened oil change cycle, easy early wear of engine, shortened overhaul mileage and so on. Let's make some simple analysis and introduction to these phenomena and countermeasures.

Different from gasoline and diesel, gas generating set has high fuel purity, high thermal efficiency, high gas temperature and clean combustion, but poor lubricity and contains a certain amount of sulfur, which is easy to cause adhesion, friction, corrosion and rust of engine related parts. Its disadvantages are summarized and analyzed as follows:

The gas generator set burns completely, and the combustion chamber temperature is dozens to hundreds of degrees higher than that of gasoline / diesel engine. High temperature oxidation will lead to too much decline in oil quality and viscosity, resulting in failure of lubrication performance. When the cylinder temperature is high, the lubricating oil is prone to carbon deposition, resulting in premature combustion. Carbon deposition in spark plugs can lead to abnormal engine wear or failure, and may also increase NOx emissions. 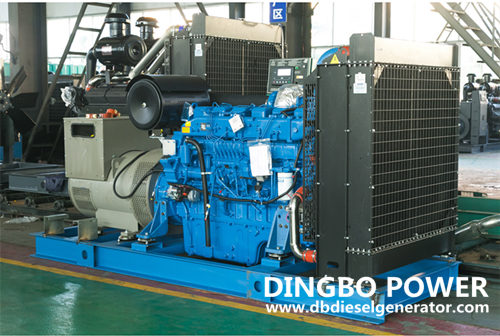 2. Valve parts are easy to wear.

The gasoline / diesel oil in the gas generator set is injected into the cylinder in the form of droplets, which can lubricate and cool the valves, valve seats and other components. However, LNG enters the cylinder in gaseous state, which does not have the function of liquid lubrication. It is easy to dry the valves, valve seats and other components without lubrication, which is easy to produce adhesive wear. Under the action of high temperature, the high ash additive of ordinary engine oil is easy to form hard deposits on the surface of engine parts, resulting in abnormal engine wear, spark plug blockage, valve carbon deposition, engine knock, ignition delay or valve ignition. As a result, the engine power is reduced, the power is unstable, and even the service life of the engine is shortened.

3. It is easy to form harmful substances.

The gas generator set uses ordinary engine oil, and the excessive nitrogen oxide in the exhaust gas cannot be solved, which accelerates the generation of oil sludge and may cause oil circuit blockage or paint film and other harmful substances. Especially for the engine equipped with EGR device, it is easy to cause the trend of oil quality decline, filter blockage, viscosity, acid-base number out of control and so on.

What should be paid attention to in the use of gas generator set?

The fuel of gas engine is mainly natural gas, mainly including oil field associated gas, liquefied petroleum gas, biogas, gas and other combustible gases. The gas used shall be dried and dehydrated to be free of free water, crude oil and light oil.

Clean fresh water, rainwater or clarified river water is usually used as the coolant for direct cooling engine of cooling system. When the gas engine is used under the environmental condition of less than 0 ℃, the coolant shall be strictly prevented from freezing, resulting in the freezing crack of parts. Antifreeze with proper freezing point can be prepared according to the temperature or hot water can be filled before starting, but the water shall be drained immediately after shutdown.

There are certain potential safety hazards in the use of gas-fired generator units, which need to be paid more attention during normal use and operated in strict accordance with rules and regulations.

Previous When Need to Change the Belts of 350kva Generator

Next Working Principle Of Gas Generator