Whether the lubrication system can ensure good lubrication conditions when the diesel generator set is working. Although it is related to factors such as whether the oil passage is unblocked and whether the filter is functioning, the most important and decisive factor is whether the performance of the oil pump is good. Therefore, when the internal combustion engine is maintained, the oil pump should be inspected and repaired.

1) Common faults of the oil pump

There are three common failures of oil pumps:

①Abrasion of the tooth surfaces of the main and driven gears, gear shafts, pump body and pump cover;

③The spring of the pressure limiting valve is broken and the ball valve is worn. 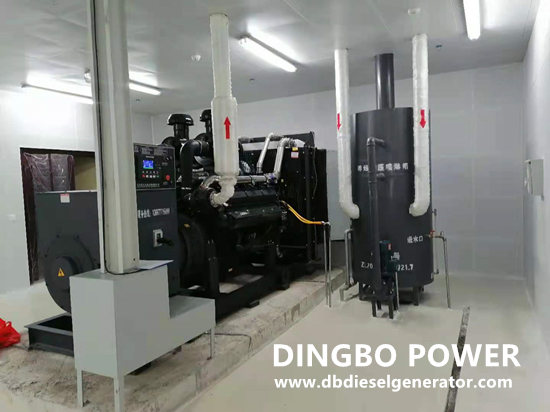 The increase in the gear meshing gap is caused by the friction between the gear teeth of the oil pump.

The inspection method is: remove the pump cover, use a thickness gauge to measure the gap between the two teeth at three points where the active and passive gears mesh with each other at 120°.

The normal value of the meshing gap between the driving gear and the driven gear of the oil pump is generally 0.15~0.35mm, and each model has clear regulations. For example, the 4135 diesel engine is 0.03-0.082mm, the maximum is not more than 0.15mm, and the 2105 diesel engine is 0.10~0.20mm. , The maximum does not exceed 0. If the gear meshing gap exceeds the maximum allowable degree, new gears should be replaced in pairs.

There are two inspection methods as follows.

②Fuse method Put the fuse on the gear surface, install the pump cover, tighten the pump cover screws and then loosen it, take out the squashed fuse, and measure its thickness. This thickness value is the end face gap. This gap is generally 0.10~0.15mm, such as 0.05~0.11mm for 4135 diesel engine; 0.05~0.15mm for 2105 diesel engine.

The inspection method is to insert a thickness gauge between the top surface of the gear and the inner wall of the pump casing for measurement. The tooth tip clearance is generally 0.05~0.15mm, and the maximum is not more than 0.50mm, such as 0.15~0.27mm for 4135 diesel engine; 0.3~0.15mrno for 2105 diesel engine

If it exceeds the specified allowable value, the gear or pump body should be replaced.

Next Introduction To The Controller Used In Automatic Cummins Genset