Do You Know the Power of Diesel Generator

There are two kinds of diesel generator sets: common power and standby power. In China, the common power is the standard, while in foreign countries, the standby power is the standard. The standby power is generally larger than the common power, so China should pay attention to distinguish.Commonly used power is defined as the maximum power existing in a variable power sequence with unlimited operation hours per year between specified maintenance cycles and specified environmental conditions, which is equivalent to the basic power (PRP) in national standard and ISO standard.

Usually, the power of diesel generator set will be clearly marked on the unit nameplate, but the nominal output power of each manufacturer is different, which is divided into standby power, prime power and continuous power.

The power of power generator can not be compared with that of commercial power, because diesel generator converts mechanical energy of diesel engine into electrical energy, and diesel engine has attenuation in the process of doing work. 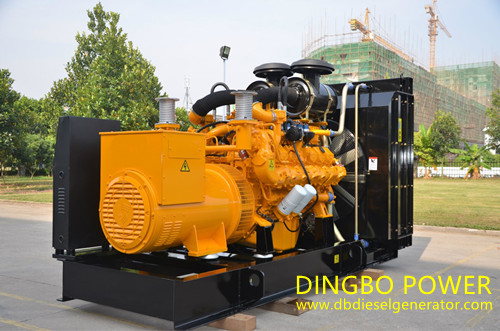 3. Basic power of diesel generator (PRP): the maximum power of the generator set under the agreed operating conditions and maintained in accordance with the manufacturer's regulations, which can be continuously operated under load and has unlimited operating hours per year.The average power output (PPP) during the 24 h operation cycle shall not exceed 70% of the PrP unless otherwise agreed with the engine manufacturer. Continuous power cop should be used when the average power output PPP is higher than the specified value.

4. Continuous power of diesel generator (COP): the maximum power of the generator set under the agreed operating conditions and maintained in accordance with the manufacturer's regulations, with continuous operation at constant load and unlimited operating hours per year.

Warm tip from diesel generator manufacturer Guangxi Dingbo Power Equipment Manufacturing Co., Ltd.: since the engine is set according to the atmospheric conditions of iso3046 when the engine is in the factory, if the site conditions and standard conditions are different, it is necessary

The output power of the engine must be corrected in accordance with the corresponding engine power correction procedure.If you want to know more, please contact us by email dingbo@dieselgeneratortech.com.

Previous Do You Know How the Diesel Generator Set Starts