Rated Output On The Nameplate Of The Detuz Generator Set

The power parameters of the generator are as follows.

1. Continuous power (COP): Under agreed operating conditions, the generator set operates continuously with a constant load and an unlimited annual running time according to the high power maintained in accordance with the manufacturer's regulations.

2. Basic power (PRP): The high power and annual operating hours of the generator set for continuous operation under variable load are not limited under agreed operating conditions and are maintained according to the manufacturer's regulations. Average power output during 24 hours of operation shall not exceed 70% of PRP unless otherwise agreed with RIC engine manufacturer. In applications where the average power output Ppp is higher than the specified value, the continuous power factor should be used.

3. Limited operating Power (LTP): Under agreed operating conditions, the generator set can achieve 500 hours of high power per year as specified by the manufacturer. According to the calculation of 100% limited running power, the long running time is 500h per year. 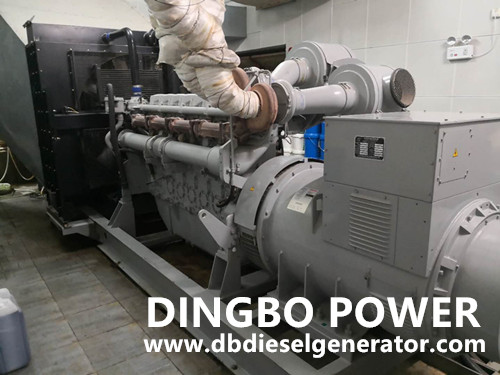 4. Emergency backup power supply: The generator set shall be maintained under agreed operating conditions and manufacturer's regulations. Once the power supply is interrupted or under experimental conditions, the generator set is operating under strain load, with an annual operating time of up to 200 hours of ** power. Unless otherwise agreed with the manufacturer, the average power output allowed during 24 hours of operation shall not exceed 70% electrostatic precipitators.

The power indicated on the nameplate

The rated output power on the nameplate of diesel generator set is generally divided into standard power, initial power and continuous power.

1) Reserve power is defined as the high power that the generator set can run continuously for 300 hours between specified maintenance cycles and specified environmental conditions, and the annual maximum working time is 500 hours. Equivalent to limited operating power (LTP) in national and ISO standards. Generally applicable to communications, buildings and other load changes of the accident emergency situation.

2) Common power refers to the high power existing in a variable power sequence with an unlimited number of possible operating hours per year between the specified maintenance cycle and specified environmental conditions, which is equivalent to the basic power (PRP) in national and international organization for Standardization standards. Generally applicable to factories, mines, military and other frequent load changes.

3) Continuous power is defined as ** power in a constant power sequence of unlimited possible operating time each year between the specified maintenance cycle and the specified environmental conditions. Equivalent to continuous power (COP) in national and ISO standards. In general, it is suitable for continuous operating conditions with little load variation, such as being used as a power station or connected to a power supply.

For the application of diesel engine in data center, it is generally selected according to the common power when determining the unit power quota.

Due to the importance of data centers, electrical redundancy must be considered for power supply equipment under various operating conditions. The configuration of the generator set is no exception. The specific method is to configure the number of units according to the principle of N+1 or 2N when configuring the diesel engine system.

Unit parallel operation is usually used. The domestic 0.4kV low-voltage distribution cabinet does not exceed 6300A, so the total capacity of the 0.4kV generator running in parallel should not exceed 3200kW. If the site does require a larger capacity diesel generator set, it is recommended to use a 10kV heavy generator set.

In general, there are three types of parallel logic control.

Previous How To Install The Oil-water Separator Of Yuchai Generator

Next Practical Experience Of Generator Manufacturer