The Role of DCA4 Additive for Diesel Generator Set

Additive is the technical core of the antifreeze of the Diesel generator set. The influence of ethylene glycol and water on the quality of antifreeze can not be underestimated. All additives are tested and developed on the basis of polyester ethylene glycol and secondary deionized water.  On the diesel generator set manufacturer ding Bo power to explain the role of engine DCA4 additive.

DCA4 or DCA4+ chemical additives dissolved in the engine coolant or antifreeze, in the process of engine work, it continuously in the wet cylinder liner surface of the water side of the formation of a dense, strong protective film, to prevent the surface of the metal parts from being oxidized, corrosion or stripping, to ensure that the cylinder liner, engine pump impeller and other parts are not cavitation corrosion. 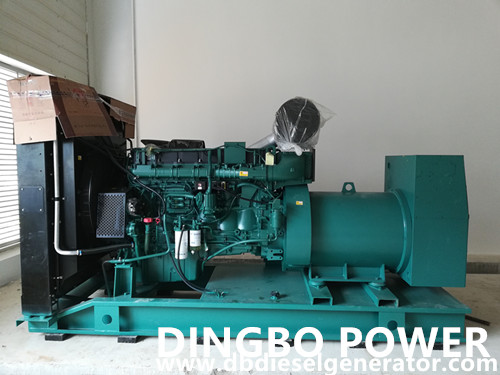 Inhibit and prevent minerals, oil sludge and consumed additives of engine coolant/antifreeze from being deposited on the surface of heat transfer parts, and prevent parts from cracking the cylinder head due to uneven heat distribution.

The detailed name of antifreeze is anti-cold refrigerant, meaning is the refrigerant with anti-cold function module, can prevent the expansion of heat pipe radiator and frozen crack engine cylinder liner or cover when the diesel generator is shut down in cold winter due to freezing liquid freezing.  Antifreeze is a kind of refrigerant containing unique additives, which is used in liquid-cooled engine refrigeration system. Its freezing point changes with the content of ethylene glycol in aqueous solution.  Antifreeze content is only a basic provision, diesel engine factory antifreeze provisions, to ensure the longest service life, should meet all engine factory provisions.

Previous What Kind of Antifreeze is Better

Next How to Detect the Noise Value of Diesel Generator Set