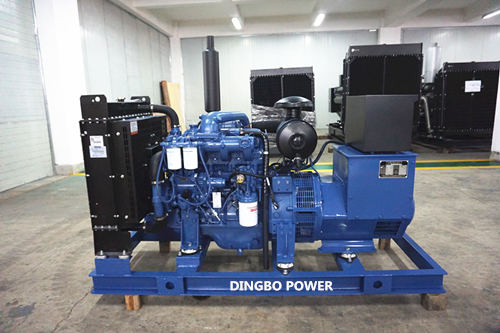 2. Without preheating. The diesel generator set should not enter high speed or run with load immediately after starting. Especially in the cold season, it is necessary to pay more attention. After the diesel engine is started, it needs to run at an idle speed of 800-1000 rpm or a low-speed no-load operation for 3-5 minutes, and then it can run with load. If the diesel generator starts and works with load, the temperature of the diesel generator is low at this time, and the clearance of each part of the sleeve is relatively small. At the same time, after a long time of parking, the lubricant on each friction surface has been lost in large quantities, and the oil film has been seriously damaged. At this time, the diesel engine suddenly runs at a high speed, and the lubricant cannot be delivered to each friction surface in time, which aggravates the wear of the parts to a certain extent, and may cause abnormal damage to the diesel engine. For this reason, the relevant regulations point out that the diesel generator should be started and tested with no load once a week, and the running time should not be less than 5 minutes. When the ambient temperature is lower than 5℃, the diesel generator heater needs to be started.

If you still do not understand, you can contact us, we are wiling to help you in technical support. Dingbo Power not only provide technical support of diesel generators, but also supply their own brand’s diesel generator 20kw~2500kw, which can be powered by many different engines, such as Cummins, Perkins, Volvo, Yuchai, Shangchai, Ricardo, Weichai, MTU, Wudong, Wuxi etc. Contact us right now to get more information, email is dingbo@dieselgeneratortech.com.